Retirement Information for Chuck Hampton, BC05A
Member Name: Chuck Hampton
Station and Shift: BC05A
Rank: BC
Retirement Date: 10/27/2020
Party Location: Dallas Firefighters Museum
Comments: It is with a heavy heart that Chief Chuck Hampton, the last man standing from rookie class #203, is retiring with over 37 years of service, which means most of you were just a gleam in your mama’s eye when an interview panel of crusty old chiefs told him they would give him a job if he would cut his long hair and stop getting speeding tickets.

Many moons have since passed since then and many fires fought, but his enthusiasm for this job, his pride in the mission of the fire service and his love for the troops have dimmed not a wit.

Most of his career was in EmOps, but he also served and an SDO in Fire Dispatch, as the Section Chief of SoOps and as the Section Chief of GIS. Through all those assignments he says he had the pleasure of working with the finest people in the world. Those who worked for him in those assignments were often quoted as saying “Well, I guess he could have been worse, but I don’t know how”.

Due to the Pandemic, there will not be a retirement party at this time, but as soon as the scourage is vanquished there will be a Post-Pandemic Retirement Blowout at the Dallas Firefighters Museum complete with food, drink, loud music, tall tales and outright lies.

No retirement gifts please. He as a life goal of living in a van down by the river so he doesn’t need material things, and you shouldn’t give him cash because it would just be used for immoral purposes. 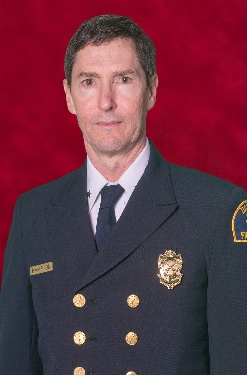 (New retirees are invited to join the DRFFA.)

Prayer Requests
None at this time.